The Berkeley Disability Lab was featured in an article by Diverse Education! Check out the article here: https://www.diverseeducation.com/demographics/disabilties/article/15114662/centering-accessibility-for-disabled-community

We are extremely honored to announce the Sam Dubal Fellowship in Critical Cultural and Medical Anthropology in memory of Sam Dubal, his legacy, and his commitment to anthropology and medicine.

"Zombie Infrastructure: A legal geography of railroad monstrosity in the California desert" was recently published by Anthro PhD Candidate Julia Sizek on Environment and Planning D: Society and Space.

Professor Ruth E. Tringham (Department of Anthropology) has just been recognized by the Royal Anthropological Society of Great Britain and Ireland as the recipient of the 2021 Lifetime Achievement Award. This is an annual award to recognize an anthropologist for their "fundamental, sustained and outstanding contribution to the discipline of anthropology over the course of their career".The RAI is the oldest professional societyfor anthropology, founded in 1871.

UC Berkeley Anthropology Professor, and Director of the Archaeological Research Facility, Christine Hastorf is being celebrated by the Office of the Vice-Chancellor for Research.

We wish to celebrate May N. Diaz's 100th Birthday 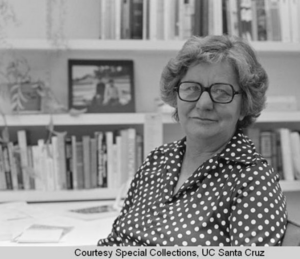 On Wed, April 28th, 2021, UC Berkeley Anthropology Professor Kent Lightfoot was awarded the David A. Fredrickson Lifetime Achievement Award of the Society for California Archaeology. Professor Lightfoot has been carrying out pioneering archaeological research in California since joining the Berkeley Anthropology faculty in 1987. Dr. Lightfoot’s research has emphasized the collaboration of working with Native Americans in the greater San Francisco Bay Area to bring the past to light, and to make it relevant to today’s indigenous populations and archaeologists.

Vivian Osborne was an alumna of the UC Berkeley Anthropology Masters program, having received her degree in 1922. Her master thesis was on "Types and Distribution of Negro Folklore in America".

In her time at Berkeley, and beyond, Vivian accomplished so much and was an activist and leader. Additionally, Vivian was one of the founders of the Kappa chapter, of the Delta Sigma Theta, one of the major African-American sororities. This year, Kappa celebrates its 100th anniversary!

UC Berkeley Anthropology Professor Lisa Maher and her research on "Hunter-gatherer mortuary behaviors in prehistoric Jordan" were recently featured internationally by http://sciencenews.org (https://sciencenews.org/article/ancient-body-burned-burial-jordan-death-views…) and by

Congratulations to Karla "Ranger" Trujillo, Anthropology Undergraduate of the class of 2022, for becoming a Ronald B. McNair Scholar! 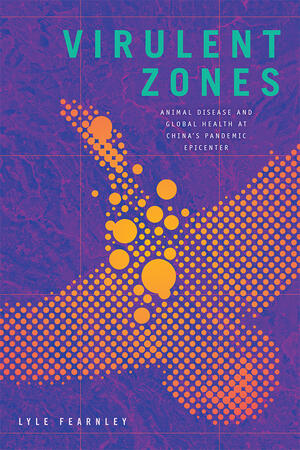 Professor Emeritus Margaret Conkey is one of five Berkeley scholars to be elected this year as fellows of the American Association for the Advancement of Science (AAAS), one of the world’s largest scientific societies. Our congratulations to Professor Conkey for this prestigious honor! She is recognized for her theoretical work on the role of art in ancient evolution and gender studies in archeology. In addition to gender representations, Professor Conkey studies early human visual culture, the prehistory of Europe, and archaeology and multimedia.

Professor White's article, in collaboration with Catherine Draycott, titled "Why the Whiteness of Archaeology Is a Problem" was featured in SAPIEN's Best of 2020! Congrats Professor! Check out his article below!

Recent 2020 UC Berkeley Anthropology and Near Eastern Languages & Literatures (Arabic) BA graduate, Nicholas Shafer, becomes one of 44 Marshall Scholars that will begin study in the United Kingdom in Fall 2021 and will pursue study at the University of Oxford and the University of Sussex.

In Regards To Pass/No Pass Grading for Graduate Program
P/NP grades received during the period of the Covid-19 shutdown will not be considered in evaluating applications to our graduate program.

The anthropology department has held discussions around the unnaming of Kroeber Hall and around the university's lack of compliance with CalNAGPRA. Wanting to extend these discussions beyond the department, anthropology graduate students, in consultation with indigenous members of the campus community, drafted two resolutions that were introduced to the UC Berkeley Graduate Assembly. On November 5 the Graduate Assembly approved these resolutions and took the official position in support of unnaming Kroeber Hall based on his harmful legacy to local indigenous communities.