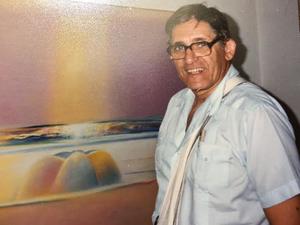 Herbert P. Phillips passed away peacefully at home on May 22, 2018, surrounded by his family and several dear friends.

Herb was born July 4, 1929 in Boston, MA, and was a patriotic first-generation American. He was proud to share his birthday with his country and the freedoms it represents. He joined the army at age 17 and was stationed in Japan shortly after the end of WWII. A freethinker, he convinced his superiors to repost him from climbing utility poles to working as a reporter for the military newspaper. This experience inspired him to become a man of letters and sparked a lifelong interest in Asia. Herb used the G.I. Bill to attend Harvard College, and went on to pursue a Ph.D. in Anthropology at Cornell University.

Herb became a leading scholar in Cultural Anthropology, and was a professor at the University of California, Berkeley from 1964-1994. Herb had a deep and enduring love for Thailand. His early work explored the personality of Thai rice farmers; he later conducted a major study of contemporary Thai writers and literature. A high point of his career was his research on the lives and works of Thai artists, the nature of the art community, and the role of artists in Thai society. The research led to the first exhibition of contemporary Thai art to travel in the United States.

A tremendous fan of Golden Bear football, Herb was an active supporter of the Athletic Study Center and served as faculty mentor to numerous athletes. After retiring, one of his favorite past times was seeking out new Asian restaurants in the Bay Area, and he relished opportunities to discuss the menu—or what he could order off the menu—in Thai.