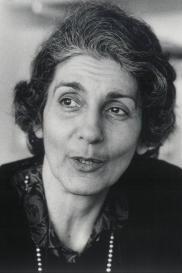 Nader's current work focuses on how central dogmas are made and how they work in law, energy science, and anthropology. Harmony, Ideology_Injustice and Control in a Mountain Zapotec Village (1990) and The Life of the Law: Anthropological Projects (2002) indicate a wide range of interests in law that has moved from village sites into national and international arenas. Energy Choices in a Democratic Society (1980) is the initial work that has continued on in the area of energy and resources culminating in Naked Science_Anthropological Inquiry into Boundaries, Power, and Knowledge (1996). This work reflects a theoretical perspective that crosses disciplinary boundaries. Essays in Controlling Processees (1994, 1996, 2002) is ongoing work that attempts to synthesize contemporary work on power and control. Nader is a member of the American Academy of Arts and Sciences. In 1995 the Law and Society Association awarded her the Kalven Prize for distinguished research on law and society.

What the Rest Think of the West: Since 600AD, University of California Press, 2015.

Culture and Dignity: Dialogues Between the Middle East and the West, Wiley-Blackwell, 2012.

Plunder: When the Rule of Law is Illegal, (with Ugo Mattei), Wiley-Blackwell, 2008.

Life of the Law: Anthropological Projects, University of California Press, 2002.

Law in Culture and Society, University of California Press, 1997.