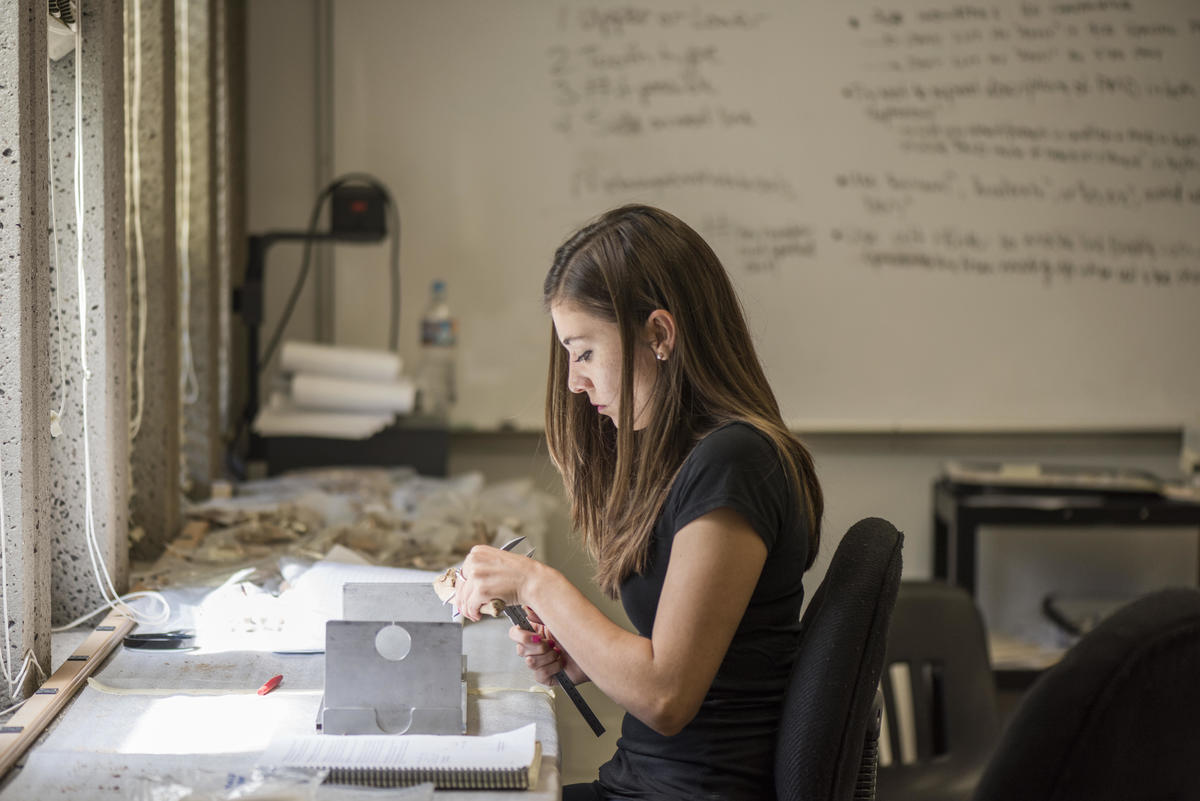 Martha Nuño Diaz-Longo is a first generation Mexican-American anthropology graduate student. Having grown up in a traditional Mexican household, she learned how to balance the complexities involved with moving between Mexican and American cultures. While learning to balance, and understand these two different cultures, she realized the importance of anthropology and how this field can aid in the integration and positive interactions between different groups of people in the United States. This curiosity led her to receive her BA in Anthropology from CSU Fresno. As she delved further into her studies, she became interested in bioarchaeology and forensic anthropology. In particular, she began to use the human skeleton to address issues of identity and culture, and how these factors can provide insight into the lived experiences of individuals, including what they ate and their overall health.

At the graduate level, Martha, has used her skill set as a physical anthropologist to aid in field recoveries of human skeletal remains in the Human Identification Laboratory at Chico State. Her research interests and skills allowed for her to contribute to the ongoing human rights work of the Colibrí Center for Human Rights. There, she worked with Pima County Office of the Medical Examiners to aid in the identification and repatriation of deceased Unidentified Border Crosser’s (UBC’s). She has also engaged in studies of osteoarthritic conditions in a historic California pauper cemetery from the Santa Clara Valley. The work in the Santa Clara Valley served as a population for her master’s thesis entitled: Interpreting Osteoarthritis Prevalence Rates in the Santa Clara County Valley Medical Center (SCVMC) Historic Cemetery

In the fall of 2017 Martha continued her studies at the University of California, Berkeley where she is currently pursuing her PhD in archaeology with an emphasis in bioarchaeology. Martha is part of the Skeletal Biology Laboratory, under the mentorship of Dr. Sabrina Agarwal. At the PhD level, Martha hopes to address question regarding structural violence and how said violence can be seen on the skeleton. Skeletal evidence and understanding of structural violence can aid in the understanding of an individual’s life course who were exposed to this type of violence, which is often overlooked in bioarchaeology.