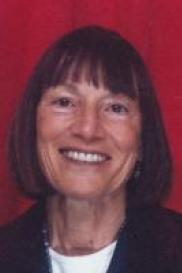 I joined the Berkeley Department of Anthropology in 1987. Since that time, I have continued research and publication in several interrelated areas. First, I have continued my interest in understanding the issues of gender and feminist perspectives in archaeology and in past human societies. By spring 1998, I will have co-organized two major conferences to address such issues, and published numerous articles including a 1997 review article (co-authored with Joan Gero) on the topic in the Annual Reviews of Archaeology.

Second, I have continued an interest in the interpretation and study of what is loosely called "Paleolithic art." I have continued work on the intellectual history of how this corpus of images and artifacts has been interpreted, and on bringing together various kinds of observations and research that have been ongoing in the field under different theoretical umbrellas, including practice theory and feminist theory. I have published nearly a dozen essays in this area and have recently negotiated a new book contract with the University of California Press for a book that probes the very processes of interpretation as much as the extant and historic interpretations themselves of and for this art. Because of this research interest, I have been active in the field that is called "rock art research," and have participated in numerous conferences, often internationally, specifically those concerned with the theory and social contexts of rock art research. The combined interests in prehistoric art, especially that of Paleolithic Europe, and gender and feminist archaeology, have involved recent research and publication concerning the so-called "goddess" figurines, especially of ancient Europe, in collaboration with Berkeley colleague, Ruth Tringham. We have been particularly concerned to show how the archaeological stories about these figurines have been taken up, often problematically, by contemporary popular culture.

Third, I have been carrying out a field research project since 1993, which is primarily focused on understanding the possibilities for open air archaeological evidence, especially of the late Paleolithic, in the French Midi-Pyr*n*es; this is a project we call "between the caves," since it is intended to contextualize the rich archaeological evidence of art and material culture found in the region's caves. That is, we believe this is a project intended to better understand the social geography and landscapes of Paleolithic art. It is also a project about fundamental archaeological survey, about survey methods, about distributional archaeology. As such, we have now carried out with support--from two grants from the National Science Foundation, one from the France-Berkeley Fund, and several from the Stahl Endowment (UC Berkeley, Archaeological Research Facility--5 years of field research, with crews of varying size and doing varied intensity of survey. This is plow-zone archaeology. To date, we have recovered more than 3000 identifiable lithic artifacts differentially distributed within a 260 square kilometer transect. The project is multi/interdisciplinary, including a geomorphological study, including a soil transport model, and interfacing with a long-term regional paleoecology/paleoenvironmental project directed by two French colleagues, who are carrying out extensive coring of regional paleolakes for palynological, sedimentological and paleoentomological evidence for past climate and environment during the pleniglacial--when Paleolithic art was being made and used.

Closely interconnected with the fieldwork, other research and publications has been an explicit research concern with pedagogy and the teaching of archaeology (including one publication to date on this topic); the development of internet resources for and the use of the internet in the teaching of Introduction to Archaeology (including the receipt of several instructional technology grants to enable this); and initiating and implementing an archaeology outreach program in local schools. I have twice been awarded teaching awards since coming to Berkeley, and have leveraged the start-up funds for a Multi-Media Teaching Laboratory for the Department of Anthropology. In July 1997, I was named the Class of 1960 Professor of Anthropology, an endowed chair.

1998. Rethinking Figurines: A Critical View from Archaeology of Gimbutas, the 'Goddess' and Popular Culture (with Ruth Tringham). In Ancient Goddesses: The Myths and the Evidence. L. Goodison and C. Morris, eds. Pp. 22-45. London: British Museum Press.

1995. Making Things Meaningful: Approaches to the Interpretation of Ice Age Imagery of Europe. In Meaning in the Visual Arts: Views from the Outside. I. Lavin, ed. Pp. 49-64. Institute for Advanced Study: Princeton, NJ.